Hot off the heels of a blazing showcase in Nashville, AAA/Americana recording artist Myk
Gordon is kicking off his ï¬rst-ever US tour.

As SOCAN Artist Of The Month in February, Myk was featured on the nationally syndicated
Billy Block Show, live from the legendary 12th & Porter club in Nashville, Tennessee. The
Vancouver, B.C.-based singer/songwriter returns for a headline performance on the show
June 1st,Â marking the ï¬rst date of his initial US tour in support of his new release, SET
FREE.Â Featured in his Nashville band is the stunning and sought after session guitarist
Guthrie Trapp (Allison Kraus, Rosanne Cash, Jerry Douglas). 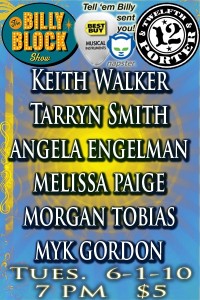 The Vancouver SunÂ hailed the album as: â€œ…nothing short of a classic country-soul tour de
force,â€ with theÂ ProvinceÂ declaring it â€œPerfect… A career peak.â€

â€œThe whole project has been amazing,â€ says Berlin. â€œIt has certainly been one of the best I
can remember, in terms of everyone coming together, capturing the moment, getting great
performances quickly.â€ Berlin’s recent work garnered a Grammy award for Buckwheat
Zydeco’s latest album.

Myk has built a respected following over a span of six independent releases for having â€œa
steady hand when mixing pop, folk, emotion and intelligence,â€ (Toronto Star). He is an
â€œaccomplished performerâ€ (TimeOut, London) who has shared stages with artists including
Emmylou Harris, Ron Sexsmith and Joan Osborne.